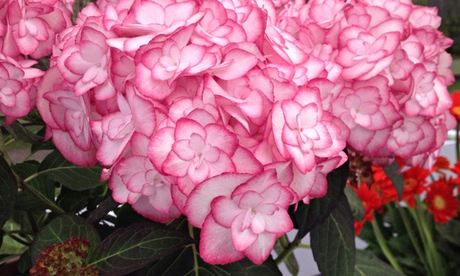 Choosing the 2014 Chelsea plant of the year award is like trying to pick the winner of the Oscar for best picture after watching only the film’s trailer. The award is a good showcase of the new plants that stand out, but the real test of a plant is in the growing. The RHS judges have to decide this year’s best new plant from just the pot-grown specimens that the nurseries have submitted, so it won’t be fully apparent yet whether the various claims of hardiness or free-flowering habits will hold up once the plants are in our gardens.

These plants are the critics’ choice and now it’s for us to decide whether they are summer blockbusters.

The winner this year is Hydrangea macrophylla ‘Miss Saori’. It’s a variety of mophead hydrangeas, but it has double flowers, with three or four flat layers of petals that arrange into a more delicate effect than the usual hydrangeas. The flowers are white with a candy-red edge that bleeds into the centre. 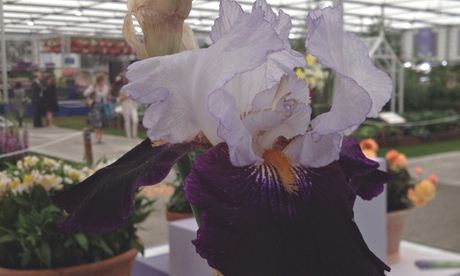 
Iris ‘Domino Noir’ came second. Black is an enduring novelty in the garden and there was also a double black petunia and a black tomato in the running. ‘Domino Noir’ is a striking bearded iris with purple-black falls (the bottom petals) and pale lavender standards. The contrast in colour was quite eye-catching seen across the Great Pavilion, so it should work well in the garden. 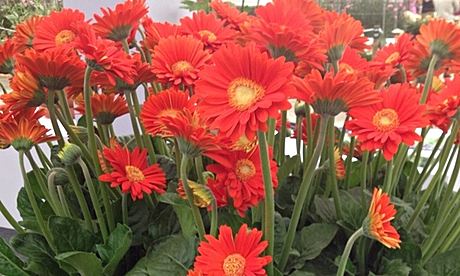 
Gerbera ‘Garvinea Sweet Glow’ was in third place. These daisies are perhaps most familiar as houseplants or cut flowers, but there has been some work recently to develop strains that do well outdoors. The goal has been to produce robust plants that stand up to the weather, and ‘Garvinea Sweet Glow’ claims to fit the bill. The orange flowers on this variety are characteristically bright and vivid. 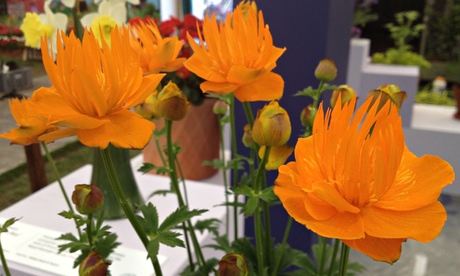 
Trollius ‘Dancing Flame’ was one of the plants on the shortlist but it didn’t make it onto the podium. This had flowers with good form in a very vibrant orange. It was a welcome palate cleanser after seeing so many show gardens with soft and naturalistic planting, and in our own gardens the flowers of ‘Dancing Flame’ would be useful for giving sharp bursts of strong colour to liven up any border in danger of being too tasteful.

There was a lot of interest in Eryngium ‘Neptune’s Gold’, but there were no flowers on the plant that was submitted, so it was hard to tell whether the gold foliage works well with the blue flowers. 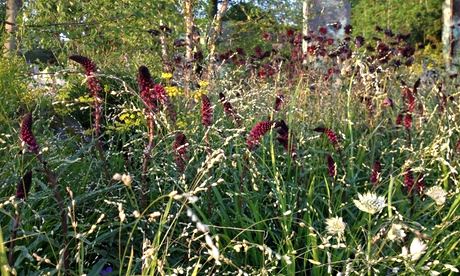 
As well as the plant of the year shortlist, there are always certain plants in the show gardens that are a hit with the public. It seems to be Lysimachia atropurpurea ‘Beaujolais’ that’s the star this year. It has been used to good effect in tight drifts through grasses and other perennials. The crook of the purple flower spikes give a sense of movement and rhythm when they’re repeated. Sometimes it’s the word-of-mouth favourite that becomes the sleeper hit and upsets the blockbusters.

• David Wong is the founder of the online marketplace, Plantedd, where independent nurseries sell their plants.