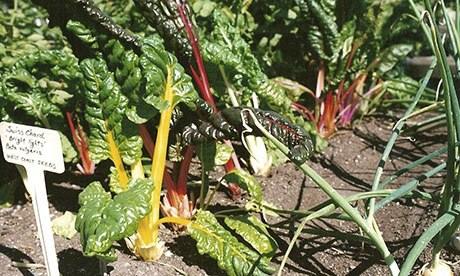 White-stemmed forms tend to be hardier than their red counterparts, so expect the latter to turn to mush in harsh frosts (but if you’re lucky they’ll re-sprout a crop of new leaves in spring before running to seed). I’m never without a row or two of Swiss chard. The ‘Bright Lights’ selection (Marshalls) is a cheery mix of whites, yellows and reds. The best chard I’ve found for eating quality is red-stemmed ‘Fantasy’ (Thompson & Morgan) – if anyone’s got any experience of how robust this is, I’d love to know as I sowed it in a mild winter. A tunnel cloche of fleece is handy.

I have memories of helping to cut acres of these as a child, the aroma when leaves chopped and ends trimmed making my eyes sting. I remember my fingers being numb, too… But leeks are an absolute must on a winter plot, as they’re great for combining with, for example, potato for soup, chicken for pies, a rich cheese sauce – they’re also excellent just sweated off with butter and black pepper. If rust is a problem in your area (it tends to be more problematic in mild, moist autumns) choose a variety showing strong resistance such as ‘Oarsman’ (Marshalls). Leek moth is more widespread these days (it used to be just confined to the south), so if it’s known in your neighbourhood, cover plants with fine mesh netting or fleece to thwart it. Purple-leaved varieties tend to be hardier, such as the French classic ‘Bleu de Solaise’ (Real Seeds) and the British bred ‘Northern Lights’ (Dobies). Having been sent up the field to lift leeks for an order on Christmas Eve, I can confirm that it’s sensible to harvest in batches before the soil freezes solid, heeling the plants into a sheltered, unfrozen spot in the garden. 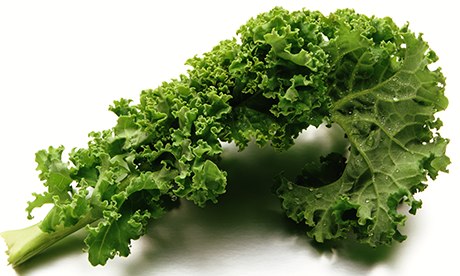 Grow some kale and they’ll stand through the winter before running to seed in spring. Photograph: Kevin Summers/Getty Images


A row of black Tuscan kale (such as ‘Nero di Toscana’, from Real Seeds, who have a mouth-watering selection of kale varieties) is a welcome treat on any plot. The leaves are of the darkest bottle green and the taste is as robust as the veg itself – great with liver and bacon or a hearty lamb stew. Grow yourself some sturdy plants by autumn, and they stand there, proud as you like, till they run to seed in spring. By that time you’ll have had multiple winter harvests from them.

I say savoy because that’s my personal preference; I’m sure there are other great winter cabbages available, but there’s something incredibly appetising about those deep green crinkly leaves. The outer foliage may well get ravaged by caterpillars and dirtied by soil, but the tightly-packed heart will escape unharmed, ready to be sliced, lightly boiled or steamed and dressed with butter and black pepper – casserole fodder like no other. Winter-cropping plants are incredibly forgiving, as long as they’re given the chance to build up a strong root system in summer. Good-sized heads will naturally follow. ‘Alaska’ (Marshalls) is a favourite of mine because it’s compact and stands incredibly well through the winter. It’s an F1 hybrid and an RHS AGM (Award of Garden Merit) winner, to boot.

Again, I’ve memories engrained about standing in a large field of sprouts on freezing cold days. My brother and I were given the job of removing the lower leaves as they yellowed and would be bent over double in our oilskins, in fits of laughter, as we grabbed the leaves and threw them over our shoulders to cover whichever poor soul happened to be standing behind us (generally a parent). Childish I know, but it makes me smile whenever I pick sprouts these days. Anecdotes aside, ‘Montgomery’ (Dobies) is always the variety we choose to grow – it’s an F1 hybrid with a deliciously mild taste. The RHS like it, too, and have given it an AGM. Beginner growers take note: plants need to be sown in April for a winter harvest; sprout tops are delicious, too.

I was recently surprised how hardy annual spinach is – to me it looked quite a delicate, soft leaf but as an experiment, I left an August sowing of ‘Tetona’ (Nicky’s Nursery) over winter last year on the allotment, alongside ‘Reddy’ (Kings). Both provided pickings all through winter (uncloched) and well into spring – I’ll definitely be doing that again. ‘Tetona’ is a classic arrow-shaped green spinach; the leaves developed a beautifully meaty thickness and deep colour as the weather cooled, but they remained incredibly tender. The foliage widened and hugged the ground for warmth so needed a good wash. ‘Reddy’ is a different beast altogether – its leaves became much more spear-like (a little like a dandelion), and the taste wasn’t as buttery, but the prolific harvests of melting foliage let me forgive that fact.

Coming in to a steaming bowl of curried parsnip soup is blissful after a spell out in the cold, so make sure you have a row of these hearty roots handy. There are a few things to watch for: the seed’s shelf life is short so buy fresh each year; avoid over-rich soils, as this can give excess leaf at the expense of root; don’t sow too early as germination will be poor on cold soils and it also increases the likelihood of canker disease; sow seeds in clumps in the soil, then thin to the strongest seedling. Don’t let all this put you off – just sow little clusters of fresh seeds in May and avoid being heavy-handed with the fertiliser. There are some great canker-resistant varieties out there: ‘Gladiator’ (D T Brown) and ‘Countess’ (Mr Fothergill’s) being two. 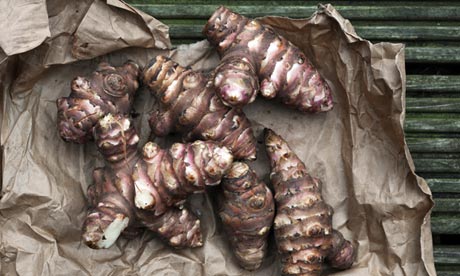 Jerusalem artichoke plants make the perfect windbreak on the plot. Photograph: Jill Mead for the Guardian


I’ve never bought Jerusalem artichoke tubers, they’ve always been volunteer plants on my plots (so you could probably get smoother-skinned varieties than I’ve experienced). This is the thing with these sunflower relatives – once you’ve got them you’re never without them which, if you like them, is rather handy. The swollen tubers can reach deep into the soil, especially sandy ones, so despite all your digging efforts you’ll never get them all out. Plants grow tall – 6-8ft at least – so utilise this by making them into a windbreak for more delicate crops. Introduce them gradually into your diet, because they contain inulin rather than starch and once this reaches our large intestine, digestive bacteria have a bit of a party converting this into gas. Lots of gas. They’re delicious roasted, having a sweet, nutty, melting flesh a little like a mild parsnip. I’ve not tried them as a soup yet but apparently this is good, too. 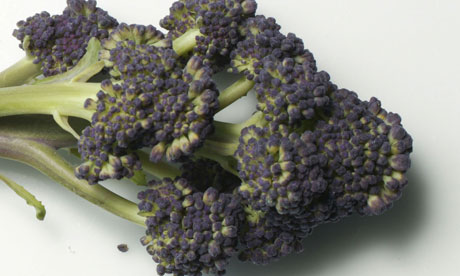 Purple sprouting broccoli seeds need to be sown in April to guarantee a good crop. Photograph: Frank Baron for the Guardian


Most of us are familiar with the purple form of this brassica (affectionately referred to as PSB) and it is one of my favourites. There is also a white form, which is underrated, prolific and delicious (try ‘White Sprouting Early’ from Kings). Both types make large plants when grown well – at least 1m tall and wide – and they need to be sown in April in order to give you crops worth waiting for. The classic season for this plant is early spring (when growing, for example, ‘Purple Sprouting Early’ from Thompson & Morgan) and such old types are reliably hardy. Improvements in spear size and expansions of seasons have led to some varieties being less hardy, so a harsh frost would knock things on the head (a bit frustrating when you’ve waited so long for those precious pickings). I’m an old stick in the mud here and like the ones I grow.

Beginner gardeners take note: winter- and spring-cropping caulis are far easier to grow than summer or autumn ones. Pop yourself a few plants in, in June or July, water well to avoid any check in growth, and await impressive curds come the cool season. Wider spacings (80-100cm) will give you larger curds – great for big families. Plant closely (20cm apart each way in a grid) for mini-curds, ideal for one person portions. ‘Moby Dick’, ‘Aalsmeer’ and ‘Mayflower’ (all Mr Fothergill’s and all with an RHS AGM) will together give a good harvest over a long period. Try ‘Clapton’ if clubroot is a problem in your area, because it shows resistance to this troublesome disease.

• Lucy Halsall is the editor of Grow Your Own magazine, which contains a wealth of information about growing your own vegetables. There are even more resources on the website, including the new growing guides section.